From a very young age I had visions of being successful and owning my own business. However during my late teens I got distracted by the burgeoning rave scene in the south of England and spent many a Saturday night dancing the night away, often until dawn and beyond. Music is still my first love, but more on that later. 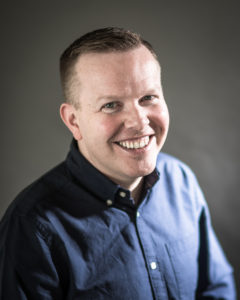 After getting rather mediocre A level results I went to the University of Portsmouth to study Electronic Engineering. I graduated in 1996 and after a bit of job hunting had to choose between going to work for Philips in Southampton as a PCB Engineer, or go travelling for a year with a mate to Australia and beyond, I didn’t have enough funds in the bank to make Australia viable, so I took the job.

No regrets. Yeah, Australia may have been amazing and life changing, but I doubt I’d have met my amazing wife and had my two precious kids. No regrets.

Fast forward through jobs working for the man at IBM (2 years), Michael Page (11.5 yrs!) and I end up leading a global team of around 35 staff as an IS department head at Robert Walters. Lots of travel and responsibility, but far too much politics for my liking. I recall reading about the book, the four hour work week by Tim Ferris on a blog whilst on the train to London for the umpteenth time. I ordered the book on the 15th Feb 2011 and, well, it changed my life. I devoured the book faster than I have ever read any book and within 8 weeks handed in my notice at work.

I had a big mortgage. My wife was not working, I had two kids under 3. I had very little in savings, though in the January I did get an okay sized bonus that acted as a small financial cushion. But that alone would only have paid the bills for 2 maybe 3 months at a stretch. So, the pressure was on. Before I made the decision to quit my JOB, I decided that I would only do it if I believed that I could make a success of running my own business and generating my own income.

After I took the plunge, there was no turning back. Failure, quite simply, was not an option. I often hear about folks that want to start a business, doing it in parallel to working a job and I admire that. There are only a fixed number of hours in every week, and to work a job and build a business at the same time must be hard. But for me, the pressure of not having a job or any other income was a HUGE driver in ensuring my success. It had the added benefit at the beginning too, of time being on my side.

To kickstart my new business venture, Stafferton Consulting, I decided to hold a launch party at my house. I invited around 60 people including friends old and new as well as some ex work colleagues. This launch party involved among other things, a ping pong ball treasure hunt, a prize draw for a new Kindle and copious amounts of Booze. I think the pictures are still on Facebook! This party spawned my first few clients, and the business has grown organically since then, by word of mouth recommendations.

In the early days I would often start work before 6am and sometimes work until beyond midnight, determined to make the business a success, and to build a secure future for my family. I loved it. These days I like my sleep a bit too much only tend to put in a much more palatable 40-45 hours a week.

As for what I do within SCL, who my team are, what services we provide etc just check out the company website here: https://stafferton.co.uk

I am now at the stage, where 9 years on, I am still loving what I do, but also needing a fresh challenge. Which is one of the reasons this site now exists. The main focus for me from 2021 onwards is going to be on becoming an educator. A trainer. A teacher even, but with a focus on trying to get the benefits from the last decade of my experience out to benefit as many people as possible.

I would like to thank you for reading this far, and hope you found something interesting or inspiring in my story. Either way, feel free to leave a comment below!

Contact me if you are interested in collaborating or want to know more about the services I provide or the training courses I produce. If you are selling something, especially links, please don’t waste your time!

We use cookies on our website to give you the most relevant experience by remembering your preferences and repeat visits. By clicking “Accept”, you consent to the use of ALL the cookies.
Cookie settingsACCEPT
Manage consent

This website uses cookies to improve your experience while you navigate through the website. Out of these, the cookies that are categorized as necessary are stored on your browser as they are essential for the working of basic functionalities of the website. We also use third-party cookies that help us analyze and understand how you use this website. These cookies will be stored in your browser only with your consent. You also have the option to opt-out of these cookies. But opting out of some of these cookies may affect your browsing experience.
Necessary Always Enabled
Necessary cookies are absolutely essential for the website to function properly. These cookies ensure basic functionalities and security features of the website, anonymously.
Functional
Functional cookies help to perform certain functionalities like sharing the content of the website on social media platforms, collect feedbacks, and other third-party features.
Performance
Performance cookies are used to understand and analyze the key performance indexes of the website which helps in delivering a better user experience for the visitors.
Analytics
Analytical cookies are used to understand how visitors interact with the website. These cookies help provide information on metrics the number of visitors, bounce rate, traffic source, etc.
Advertisement
Advertisement cookies are used to provide visitors with relevant ads and marketing campaigns. These cookies track visitors across websites and collect information to provide customized ads.
Others
Other uncategorized cookies are those that are being analyzed and have not been classified into a category as yet.
SAVE & ACCEPT